Celine Dion - Loved Me Back To Life Album Review

Review of Loved Me Back To Life Album by Celine Dion

There are some artists who genuinely need no introduction and, regardless of your opinion of her, Celine Dion is one of them.  Responsible for one of the biggest selling songs of all time, her catalogue includes 25 studio albums which contribute toward a reported sales figure numbering over 220 million.  She has recently resumed her residency at Las Vegas' Caesar's Palace, which began in 2011 and remarkably runs through to the second half of 2014. 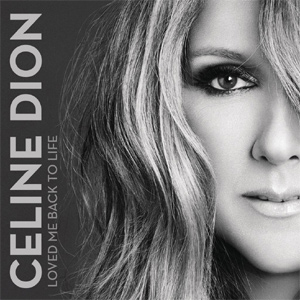 Opening with the title track, 'Loved Me Back To Life' is not immediately recognisable as Dion, partially because she doesn't immediately throw in her powerful vocals.  The major difference lays in the musical style - whilst orchestral strings are present, this is a brooding number driven with a patient rhythm section.  It fails to develop though, instead feeling like more of an intro number into 'Somebody Love Somebody', a track full of false attitude and clumsy chorus lines, topped off by an annoying vocal hook.  An unlikely collaboration with Ne-Yo follows and takes the shape of a soft R'n'B ballad on which the latter more than holds his own for a likeable if unspectacular number.  'Breakaway' sees her in familiar territory, an emotive song driven by piano and on which she doesn't hold back, culminating in a window-shattering crescendo.

Turning to rock influences, 'Save Your Soul' sees formulaic chords churned out ineffectively, but 'Didn't Know Love' provides a tender and likeable moment on which Dion strikes the right balance between passion and warbling.  It is the first of a trio of songs on which consistent quality is found, with 'Thank You' following a similar mood and built on some enjoyable piano melodies.  Star billing is shared with Stevie Wonder on 'Overjoyed', a lifting soul piece on which the duo trade lines seamlessly.  It is the last time on which 'Loved Me Back To Life' impresses, a shame given that at this point some momentum was building, but the closing quartet find Dion fulfilling preconceptions of her music.  In particular, 'Always Be Your Girl' is the type of schmooze she is famed for, complete with overblown final chorus featuring obligatory key change.  It is when she utilises her talents in this overbearing manner that her output is off-putting, thankfully though it is kept in check on a decent amount of this album.