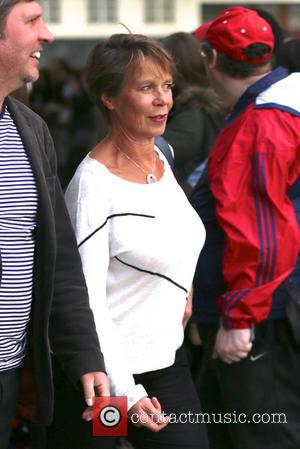 Veteran British actress Celia Imrie has relocated to Los Angeles in a bid to fulfil her dream of acting in a Hollywood film before she gets too old.

The Bridget Jones's Diary star, 62, has enjoyed a long career in British film, Tv and theatre but has always wanted to land a role in a big budget American movie.

She has spent several months in L.A. looking to land an agent, and she is hoping to score a part off the back of her latest film project, The Second Best Exotic Marigold Hotel.

Imrie, who launches her debut novel this month (Feb15), tells Britain's You magazine, "I'm 62 and frankly I'm not happy about it... The truth of the matter is, and without wishing to sound morbid, I have about 20 years left on this earth and I have lots that I want to do... I want to write more books and make a late entry into Hollywood...

"I wish I had done it years ago... But I'm hoping that the buzz surrounding Marigold can create the possibility of a late entry into Hollywood, although the movie could never have been made there as nobody has wrinkles."

In the movie, a follow-up to 2012's The Best Exotic Marigold Hotel, Imrie stars alongside a number of other veteran actresses including Dame Judi Dench, Dame Maggie Smith and Penelope Wilton.