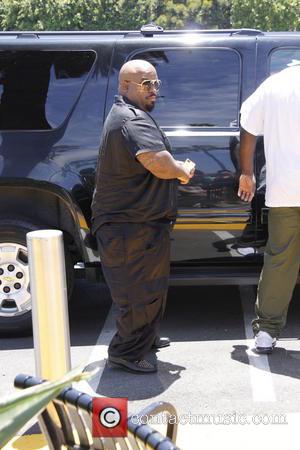 Singer/rapper Cee Lo Green has lost another big gig in light of his controversial comments about rape.

The Forget You hitmaker had been due to perform at the BayFest Music Festival in Mobile, Alabama on 4 October (14), but event CEO Bobby Bostwick has since axed Green's set after the star posted a series of Twitter.com comments, implying women who are unconscious during a sexual assault cannot cry rape.

Green made the ill-advised remarks on 1 September (14), days after pleading no contest to a felony count of sharing ecstasy with an ex-girlfriend, who had accused him of slipping her the drug during a 2012 dinner date and then having sex with her.

He later deleted the offending tweets and apologised for the posts, branding them "idiotic, untrue and not what I believe", but on Friday (05Sep14), event organisers behind the U.S. Navy-sponsored JBAB Freedom Live show in Washington, D.C. on 20 September (14) announced they were dropping him from the line-up.

Officials at Louisiana's Gretna Heritage Festival followed suit on Saturday (06Sep14), revealing he had been axed from that Sunday's (07Sep14) show and replaced with Joan Jett and the Blackhearts.