Green 'Tired' Of The Voice 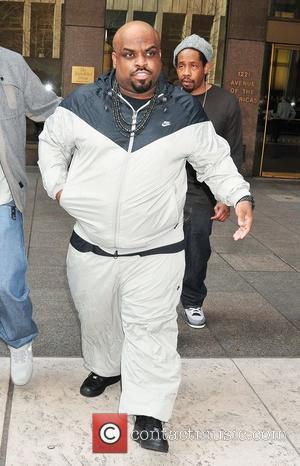 Cee Lo Green has prompted speculation he is unhappy on The Voice after ranting about the hit U.S. TV show on Twitter.com.
The Forget You hitmaker stunned followers on Wednesday (11Apr12) by admitting he wants to walk away from his role as a celebrity coach on the American version of the talent contest.
He began his rant by posting the quote, "'Nobody cares anymore' - anonymous", before tweeting, "I kinda wanna quit the show... I'm just tired at the moment... and sometimes I even feel like a token ya (sic) know?"
One fan then mentioned a previous interview in which Green said he would like to be a part of The Voice for many years, prompting the singer to reply, "I think I was lying."
Green then admitted, "I'm under contract I can't quit."
The messages came after the singer was subjected to a flood of harsh criticism on Tuesday (10Apr12) for booting off two of his aspiring acts in a live episode.