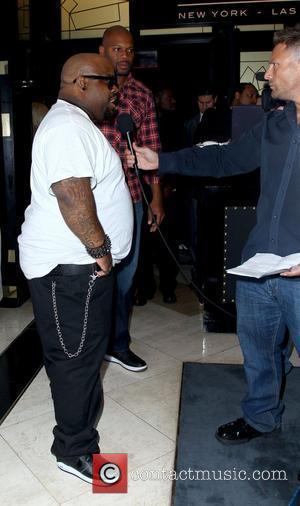 Cee Lo Green has urged his fellow The Voice judges Christina Aguilera and Adam Levine to patch up their differences in a bid to keep the "integrity" of the U.S. show intact.
The pair's bitterness came to a head on Monday (07May12) when the Fighter hitmaker slammed the Maroon 5's singer Tony Lucca over a "derogatory" cover of Jay Z's 99 Problems.
Blake Shelton's pick Jermaine Paul won the programme's finale on Tuesday night (08May12), and Green wants his pals to resolve their issues ahead of the show's third season.
He tells Us Weekly, "It's getting a little old and a little inconvenient for everyone. Adam hasn't come to me and spoken to me (about his issues) and neither has Christina. But whatever it is, I'm hoping that we can get over it.
"It's not something that we should carry over into season three. I want the integrity of the show intact."