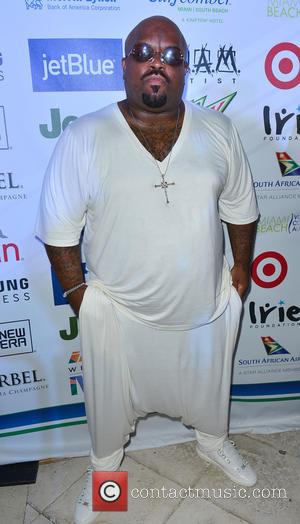 The Crazy singer confirmed the news to People magazine, recalling his low-key proposal during a night at the recording studio.

"It was just a typical night at the studio, but then again, not so typical cause I did something extra special, out of the ordinary," Cee Lo explains. "I went and purchased a ring that we had seen together, maybe four or five months or so prior. I went back and purchased the ring and I just kind of had it stashed away in some old equipment. And I said, 'Will you reach in there and grab something for me?'"

Shani followed his instructions, and was stunned to find "the most beautiful diamond ring" before he popped the question.

"I said, 'Babe, I can't believe it'," she continues. "He said, 'You've been such a good woman. You're such and amazing person. You're my life partner. You're my best friend. I want to share the rest of my life with you.'"

The couple reveals the proposal actually happened about a year ago, but they were hesitant to make the news public.

"Truth be told, it's not something we wanted to promote," Cee Lo admits. "We're a collective power together because our private life is sacred. But you know what though, maybe it's time. Maybe it is time for the world to know that I have a very secure situation and a loving woman supporting me the entire way."

Cee Lo, who says they have yet to begin planning the wedding, was previously married to Christina Johnson, whom he divorced in 2005. They are parents to 15-year-old son Kingston, and the singer was also a stepfather to her two daughters from a previous relationship.