Role Reversal For Cbs And Abc In Sunday's Ratings 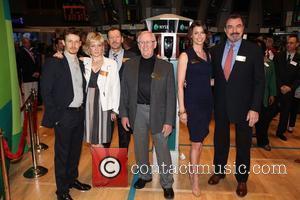 CBS was the most-watched network among total adults Sunday night but came in third among viewers 18-49. ABC was the most-watched network among viewers 18-49 but came in third among total adults. ABC's win among younger viewers came courtesy of the annual Billboard Music Awards, which averaged a 2.7 rating and 7.4 million viewers. Those figures were down 13 percent from last year's awards telecast. CBS aired two hours of 60 Minutes, which drew 9.61 million viewers in the 7 00 p.m. hour and 10.12 million in the 8 00 p.m. hour. That was followed by a two-hour episode of Jesse Stone Benefit of the Doubt, starring Tom Selleck, which attracted a strong 13.05 million viewers at 9 00 p.m. and 12.48 million at 10 00 p.m.