Cattle & Cane's new single, Waiting, is the lead track taken from the group's self titled second EP, which was released in October 2011.

Cattle & Cane are siblings Joe (vocals / guitar); Helen (vocals / keyboard); Fran (bass / vocals) and Vinny Hammill (guitar) and Paul Wilson (drums), who formed in Teesside. After performing at T in the Park in 2010, the band released their debut EP, Sold My Soul, in April 2011 to critical acclaim. Cattle & Cane also received support from BBC6 Music and News of the World.

On December 21st, 2011, Cattle & Cane will return to the North of England to perform at Arc in Stockton. In the spring of 2011 they embarked on a UK tour that lasted from April through to June 2011.

The video for Waiting sees Helen standing on a dock, singing the lyrics pensively. Towards the end of the video, we see Cattle & Cane perform the song in a clearing in the middle of some woods at night.

Hannah Spencer reviewed the band's debut EP and wrote: "showcase a mature and refined, fantastic sound that combines powerful choruses alongside contrasting gentle tenderness of the likes of Shady Bard and Fleet Foxes." 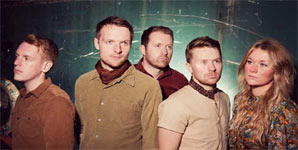 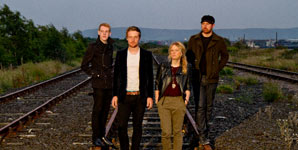