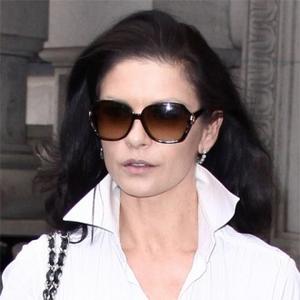 The Welsh actress - who recently received a CBE (Commander of the Order of the British Empire) for services to the film industry and charity - has started negotiations for the project about a legendary gambler (Bruce) who tries to figure out a way of beating the Las Vegas betting system.

'The Town' star Rebecca Hall is also set to be involved in the project, which will be directed by British filmmaker Stephen Frears.

D.V. De Vincentis has written The Script and will produce alongside Emmett Furla, Paul Trijbits and Anthony Bregman, with Curtis Jackson as an executive producer.

'Lay The Favourite' has been in the works for some time, and is finally expected to begin shooting in New Orleans and Las Vegas in April.

Catherine - who won a Best Supporting Actress Oscar for her portrayal of killer Velma Kelly in 2002 musical 'Chicago' - last appeared in cinemas in 2009's 'The Rebound' and she is expected to play a role in Simon West's 'Dali' next year.