Cate Blanchett says sometimes she is ''the bad cop'' parent because she believes it is more important to be a mother rather than a friend to her three sons. 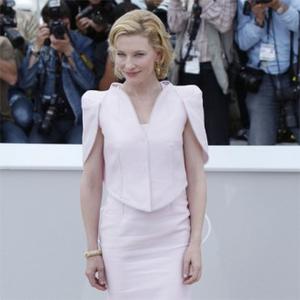 Cate Blanchett doesn't worry about her children liking her.

The 'Hanna' actress and her husband, playwright Andrew Upton, believe being strict with sons Dashiell, nine, Roman, seven, and Ignatius, three, and teaching them boundaries is more important than being their friend.

She said: "I don't enjoy being the bad cop but sometimes I have to be.

"My husband and I worry about our generation trying to be friends with their children rather than parents of their children. If you're going to try and make your children like you, you're in dangerous waters I think."

However, although the 41-year-old star can be strict with her children she understands how important it is to listen to them and hopes they will feel able to talk to her as they grow older.

She explained in an interview with the Daily Mirror newspaper: "I think I'm pretty loving, but what I do know is that you have to let them talk and you have to listen. I hope that when they're 15, they're still talking as freely to us as now."

Cate always puts her children before her career and revealed that she almost turned down playing a CIA agent in 'Hanna' alongside Eric Bana and Saoirse Ronan because she worried she would be away from her family for too long - but eventually accepted the part when filming was reduced from eight weeks to 22 days.

She said: "Sometimes you have to say no to things, but in the end the right people make the film whether you're part of it or not."