Stars Go Back In Time For Portofino Photo Shoot 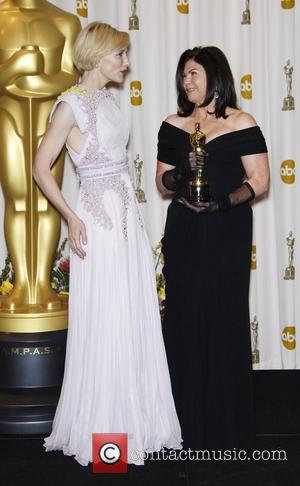 Cate Blanchett, Matthew Fox, Eric Dane, Kevin Spacey, Elle Macpherson and pop star Ronan Keating turned Portofino, Italy into a celebrity hotspot last summer (10) when they turned up for a Peter Lindbergh photoshoot to promote a new timepiece collection.
The results of the stylish shoot appear in an Angeleno magazine spread, which also features European sports stars Boris Becker and Zinedine Zidane in the classy photo session.
Lindbergh says, "This was the sort of shoot I became a photographer for."
Spacey partly used the trip to follow in the footsteps of one of his acting heroes.
He explains, "Humphrey Bogart made Barefoot Contessa in Portofino."
The black and white shots, which have a 1950s vibe, will be used to promote Swiss watchmaker Iwc's Portofino collection.