Cate Blanchett worries she has exposed too much of her personal life and wishes she had a bit more mystery about her. 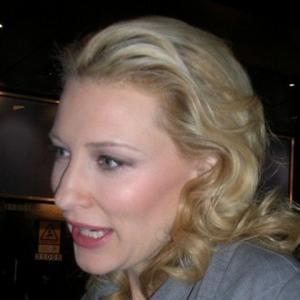 Cate Blanchett wishes she had a bit more mystery about her.

The 'Robin Hood' actress worries she has exposed too much of her personal life, meaning audiences have trouble distinguishing between her and her characters and would rather be known just for her work.

The mother-of-three told parade.com: "Personally, I'd love to turn into a chameleon. I love watching performances that aren't hampered by all that personal baggage from real life. That's why I wonder if I've exposed too much of Cate Blanchett instead of the women I've played. It's nice to talk about being a mother, my wonderful husband and blah, blah, blah. But at the end of the day I'd rather people focus on my work. I couldn't be what I call one of those 'personality performers' who expect you to see them and not a character on the screen."

The Oscar-winning beauty also admits she finds it "excruciating" to watch herself in films.

She said: "I find it excruciating to watch myself. It's sort of akin to watching your home videos, but doing it in public. There's always a moment where you feel like you've got your pants around your ankles. I guess it's the desire to become better that keeps one going."