Cate Blanchett in talks for The Dig

Cate Blanchett in talks for 'The Dig', which is based on John Preston's novel of the same name. 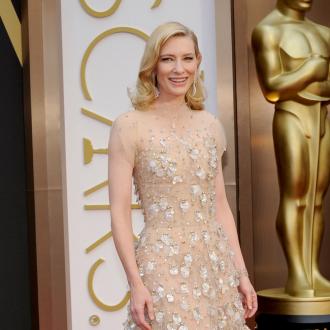 Cate Blanchett is in talks to star in 'The Dig'.

The Oscar-winning actress is negotiating a deal to play amateur archaeologist Edith Pretty in the story of 1938-9 excavation of Sutton Hoo in England, reports screendaily.com.

Blanchett's alter-ego leads a team who are evacuating the site which contains sixth and seventh century artifacts during the onset of World War Two.

'Serena' filmmaker Susanne Bier is attached to direct while Tamara Drewe and 'Byzantium' writer Moira Buffini will pen the script for the drama which is adapted from John Preston's novel of the same name.

The script is ''a layered piece with great emotional weight in the tradition of films like 'The Remains of the Day', spanning love, life and death.''

She is also set to have performances in 'How to Train Your Dragon 2' and 'The Hobbit: There and Back Again', which are both out later this year.