Cate Blanchett: 'I Thought My Film Career Was Over' 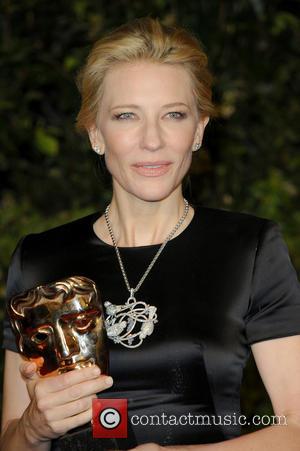 Actress Cate Blanchett was stunned when she learned Woody Allen wanted her to star in Blue Jasmine, because she was convinced her movie career was over after leaving Hollywood to concentrate on the theatre in her native Australia.

The Australian star is the hot favourite to land the Best Actress Oscar next month (Mar14) for her role in the film, but she admits she feared her Academy Award-winning days were over when she joined her husband Andrew Upton on the board of the Sydney Theatre Company Down Under.

Following her BAFTA Best Actress win in London on Sunday (16Feb14), Blanchett told the press, "It was incredibly unexpected, I've been working in the Sydney theatre with my husband for the last six years, and I thought I didn't have a film career to return to. Actress years are incredibly short, so it was a great surprise to get the call."

The actress and her playwright husband announced plans to step down as the artistic directors of the Sydney Theatre Company last year (13). The couple took over creative control of the ailing theatre group in 2009.