Cate Blanchett has said that working with Robert Redford is ''one of the highlights'' of a career which includes two Academy Awards and three BAFTAs. 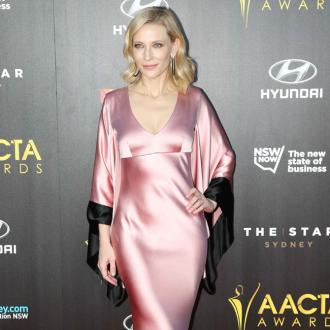 Cate Blanchett calls working with Robert Redford ''one of the highlights of my career thus far''.

The pair co-star in upcoming movie 'Truth' and Cate admitted getting to work with the legendary actor was a dream come true.

'Truth' is based on the book 'Truth and Duty' by '60 Minutes' producer Mary Mapes, which looks at the risks the award-winning journalist took to expose a story on the then US President George W. Bush.

Cate plays the central role in the movie, while Robert Redford appears in the part of former CBS 'Evening News' anchor Dan Rather.

Meanwhile, Cate, is to be awarded the BFI Fellowship at Banqueting House in London on October 17.

The 46-year-old actress - whose film credits include starring roles in the Woody Allen-directed 'Blue Jasmine' and the 2004 hit 'The Aviator' - has been named as the next recipient of the BFI's highest honour.

Cate will receive the award because of her captivating on-screen performances across the course of her career, which has seen her collect two Academy Awards and three BAFTAs.