Cate Blanchett Lord Of The Rings The Knife

Cate Blanchett is 'frightened' of Botox and cosmetic surgery because of the unknown long-term risks. 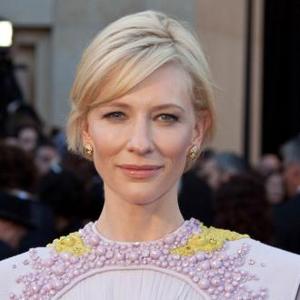 The 42-year-old 'Lord Of The Rings' actress refuses to have Botox or go under The Knife because she worries about the long-term effects of cosmetic procedures.

She said: ''There's been a decade or probably more of people doing interventions on their faces and their bodies, and now people are seeing that [in the] long term, it's not so great.

''I'm not sitting on a soapbox telling women what they should and shouldn't do. I just know what works for me. I'd just be too frightened about what it means long-term.

''Looking at women in their 20s doing this stuff, in the end all you see is the work. It doesn't fill me with admiration; it fills me with pity.''

Cate - who is the face of skincare brand SK-II - believes less is more when it comes to looking after her skin, and relies solely on her regular cleansing regime coupled with the occasional oxygen facial.

She told Fashionetc.com: ''We're always looking for the new thing. I'm very old fashioned ... We do so much to ourselves, I don't know whether [from] boredom or what. It's like, do less! Read a book, go for a walk!''

When it comes to looking after your insides, she has this advice: ''I think the glass of lemon juice in the morning is a good thing. It keeps your systems going. Like the people who get into colonic therapy; there's a logic to that. The French have been doing it for years--the Egyptians did it!''

But that is where she draws the line. She added: ''I'm not going to bathe in my own urine--there are certain things in ancient practices that are not worth adhering to!''