Cate Blanchett, the Oscar-winning actress deemed one of the best in the world - if not the best - burned a reporter this week after he asked her about the cat in Cinderella. After landing a few minutes with the legendary actress, the Australian reporter could only muster a silly question about the fairytale feline. 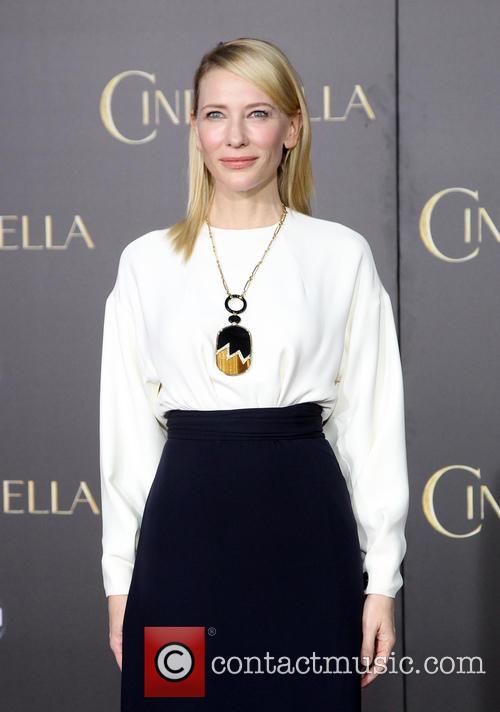 "Serious question: How were you able to get that cat to do what you wanted to do on a leash? Because I try and put my girlfriend's cat on a leash and it just never works for me," he said.

Blanchett's curt reply was simply to ask, "That's your question? That's your f*cking question?" before shutting down the interview and saying, "nice to meet you," politely.

More: "Perfectly marvellous" Cinderella could be a big hit for Disney

The movie in question, in which Blanchett plays the Wicked Stepmother, has so far grossed $256 million worldwide after glowing reviews.

"Nearly a century after that black-and-white cartoon short, and 65 years after a "classic" animated feature that missed the mark, Disney finally got Cinderella right -- for now and, happily, ever after," wrote Richard Corliss of TIME magazine in his review.

"Kenneth Branagh's lavish live-action telling of the folktale made familiar to many by Disney's 1950 animated feature film is a faithful take that derives pleasure in updating expectations and absolutely never dashing them," wrote Craig Mathieson of Sydney Morning Herald.

"Branagh pulls off the same sort of trick he did with Thor: he creates a visually overwhelming, heavily gilded world, and then keeps the focus on the characters within it," said Helen O'Hara of GQ magazine.