Cate Blanchett and Sally Hawkins became close pals while acting as siblings in Woody Allen-directed drama 'Blue Jasmine' and are on the hunt for another film they can work on together. 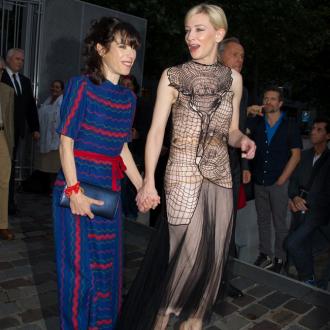 The pair became close while acting as siblings in Woody Allen's acclaimed movie 'Blue Jasmine' and are on the hunt for another film they can work on together because they enjoy having a ''good laugh and a chat'' together.

Cate, 44, told the Daily Mail newspaper: ''We are looking for something. Not to play siblings again - that would be daft - but just to do something together, it could be a film or on the stage.

We had all that time making the film then during the promotion of it, and then both of us being nominated for various awards, so we've spent a lot of time together, and it has occurred to us that we should work on another project.''

The duo's on-screen chemistry was recognised by critics, audiences and their peers and the adulation culminated with Cate winning the Best Actress Oscar last Sunday (02.03.14), while Sally, 37, received her first Academy Award nomination in the Best Supporting Actress category but lost out to '12 Years A Slave Star' Lupita Nyong'o.

Despite her loss, Sally enjoyed the opportunity to dress up at the star-studded ceremony, but admitted she still needs to get used to wearing designer gowns.

Referring to her Oscars outfit, she said: ''I feel like a screen goddess. I'm this ordinary person, dressed up in a gorgeous gown.''