Review of Dark End of The Street EP by Cat Power

Review of Cat Power's EP Dark End of The Street released through Matador. 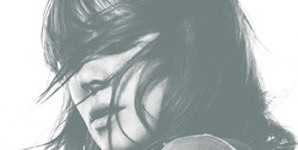 To those outside looking in, the transformation of Charlyn 'Cat Power' Marshall from an endearingly flaky doyen of the alt.chooseyourpoison scene to the wide eyed soul star in-the-making of 2006's The Greatest seemed like a destiny being fulfilled. What did we know. Two weeks after it's release she locked her apartment door and threw away the key, spending the next seven days alone fighting demons emerging from a host of the mind's darkest places.

Re-emerging after a lengthy sabbatical, here clearly was an artist GETTING IT TOGETHER in some order. Sober, she released the Jukebox album of covers earlier this year, a collection of standards from the likes of Joni Mitchell, Janis Joplin and Hank Williams. The half dozen tracks which constitute Dark End of The Street are the leftovers from those sessions, and provided you buy into Jukebox's reason for being - Marshall carving her own brand of redemptive understatement into the likes of the title track - then it's a worthy book end to that excercise. If you don't, and believe that cover versions, especially of songs as familiar as Otis Redding's I've Been Loving You Too Long, should be more than an excercise in musky reverence may want to pass. File under 'Treading water'.