Hailing from Norway, synth-pop band Casiokids are releasing the third single 'Dresinen' from their latest album 'Aabenbaringen Over Aaskammen' on June 25th 2012 with Moshi Moshi records.

The accompanying video is a lovable 'moomin-esque' (to quote front man Ketil Kinden Endresen) animation made by Bristol's Rumpus Animations about the use of the draisine; a 19th century rail vehicle used to transport the crew and equipment needed for rail maintenance work. Ketil is thrilled with the results. 'I'm really happy Rumpus Animation could do the 'Dresinen' ('The Draisine') music video for us', he says. 'It's a visual feast, a Mardi Gras of colours and fun, and manifests the pleasures of the lost and forgotten transportation gem, the draisine.' He adds that he believes the draisine to be 'a symbol of unity and co-operation'; incidentally important themes in the creation of music.

The band have received international critical acclaim, even winning a Spellemann Award which is similar, in Norway, to a Grammy award. NME dubbed them as: 'The best thing to come out of Norway since black metal'. They are now set to play a string of tour dates around Europe kicking off with an appearance at London's Barfly on June 27th. 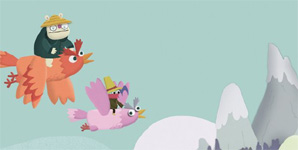 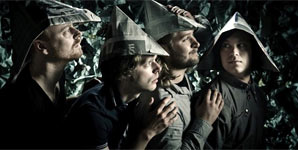