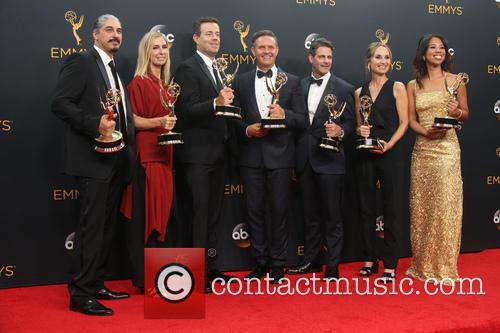 Carson Daly, Adam Levine and Maroon 5 - American band Maroon 5 who have had hits with songs such as 'Moves Like Jagger' and 'Payphone' perform live on the 'Today' show as part of their Toyota Concert Series - New YorK City, New York, United States - Tuesday 2nd September 2014 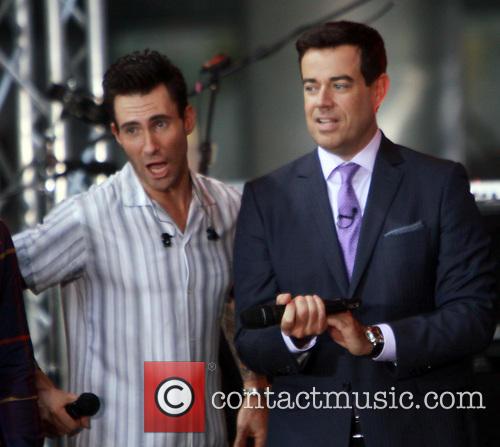 London Rose Daly was born on Wednesday, a sister for Jackson and Etta.

American TV show host Carson Daly has become a father for the third time. The presenter of NBC’s morning show 'Today' and 'The Voice' welcomed a daughter, named London Rose Daly, into the world on Wednesday.

Carson Daly is a father for the third time

The official ‘Today’ Twitter feed released a picture of Daly holding his new baby on Thursday morning, and this was how the announcement was made to the wider world. The 41 year old and his fiancée Siri Pinter, a food blogger, are already parents to two children – Jackson James (5) and Etta Jones (2). They announced their engagement in June this year.

By Michael West in Lifestyle / Showbiz on 07 October 2013

It's been a long time coming

It wasn’t long ago that Siri Pinter – who must be annoyed at Apple for effectively making her name an unwanted conversation piece – was spotted flashing a diamond ring about. Now, her and long-term boyfriend Carson Daly are officially engaged.

The news marks a particulary successful period for Daly, who, in addition to his hosting duties on U.S talent show, The Voice, joined the Today show team in September as the face of the new Orange Room, in which he connects with the show’s viewers via social media and the like.

Carson is already up to date on social media, using the medium to announce the arrival of his latest child – his second with Siri, again, not the Apple voice designed to make your life easier by answering questions. "Tonight at 5:15pm we welcomed the latest addition to our family. Etta Jones Daly weighs 8lbs and is beautiful!" Daly tweeted at the time. "Mom was a rockstar, Jackson James is a proud big bro, and dad's drinking a cold one. Praise God."

According to Us Weekly, a source has admitted to the website that the pair have become engaged.

This follows the appearance of what looked to be a diamond ring on Pinter's finger during an outing in Los Angeles this Saturday (Oct 5th).

'The Voice' Returns: But Where Are All The Superstars?

The Voice is back on NBC for season five. Is this the year it produces a superstar?

Get ready to settle down in your favorite chair with a little pile of peanuts because The Voice is on its way back for a fifth series. Judges Christina Aguilera, Cee-Lo Green, Adam Levine and Carson Daly took to the stage on Saturday evening (July 27, 2013) for the Summer TCA press tour, reports E! Online.

Aguilera took a season off last time out to focus on her latest album, though she was in good form at the panel event over the weekend. "Well I understand that I am coming back to the Blake Shelton show at this point," she joked, referencing the country star's three victories out of the past four cycles.

Though The Voice has been praised for its refreshing take on the stale reality singing show format, it's no secret that the show is yet to produce a real 'superstar.' With Simon Cowell bolstering his X-Factor line-up, are the judges feeling the heat?

Continue reading: 'The Voice' Returns: But Where Are All The Superstars? 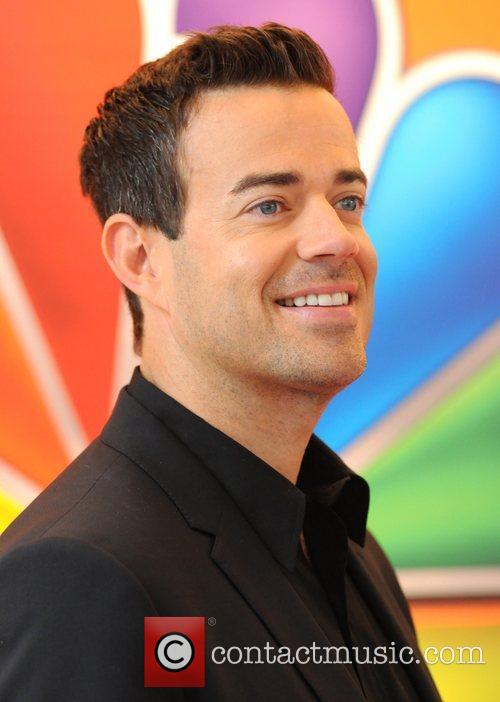