Carrie Underwood never Googles herself as a negative comment could ruin her day. 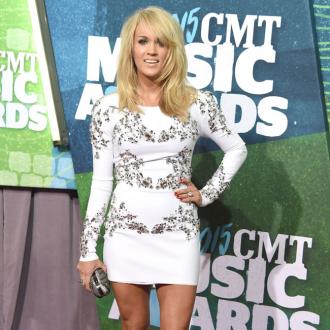 The 32-year-old country singer has ''learned her lesson'' and stays away from looking herself up on the internet after previously having her day ruined by online negativity.

She admitted: ''I don't Google myself any more. Some people can be so negative. You will have 99 per cent of people being complimentary, but then you just get one meanie and it can ruin your day.''

Carrie - who has six-month-old son Isaiah with husband Mike Fisher - believes the popularity of social media makes it easy to be a ''jerk'' because of the aspect of anonymity.

She added to ES magazine: ''It's just so easy to be a jerk today. With social media, people can do it anonymously. They have to be overly critical. I'm just trying to do what I do and do it with integrity.''

Meanwhile, the 'Smoke Break' singer has set her sights on boosting her popularity in the UK.

She said: ''I feel like there is a want for country music here. There have been a lot of artists who have made the effort to come over and play, and I definitely look out in the audience and see a room full of people who know all my stuff.''