Country music's biggest stars came out for the award ceremony

The biggest stars in country music gathered together for the Country Music Association Awards on Wednesday night. One of the most dazzling attendees was country star and mum-to-be Carrie Underwood who hosted the event alongside Brad Paisley. 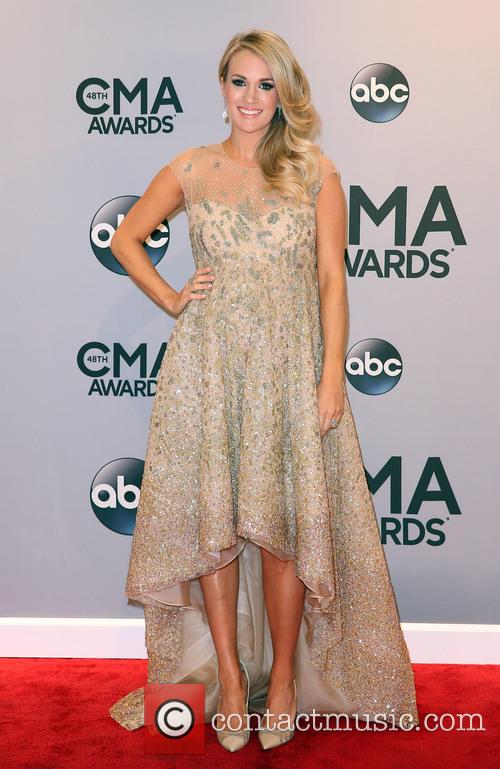 Carrie, 31, wowed in a stunning champagne dress with glittering embellishment, fabulous smoky eyeshadow and beautifully styled loose curls. However, she wasn’t the only super country star who also graced the event.

Miranda Lambert strode down the red carpet with husband Blake Shelton by her side, and 26-year-old country star Kacey Musgrave also made an appearance.

Pop star and former UK number one holder, Meghan Trainor, helped to get the event off to a glamourous start, alongside Hollywood superstar Nicole Kidman and her country singing husband, Keith Urban.

Aerosmith’s Steven Tyler added a bit of glam rock to the evening with a glamorously glitzy black jacket adorned with sequins.

MORE: Carrie Underwood Opens Up About Her 'Feud' With Taylor Swift

Of course, after the glitter and sparkle of the red carpet, Carrie and Brad took centre stage and revealed some wonderful news.

After telling Carrie that he simply couldn’t go on with the show unless she told him the sex of her baby, Brad then blurted out that Carrie was expecting a boy.