The country singer adds 40 dates to her 2016 tour schedule.

Exciting news is just coming all at once for Carrie Underwood fans this month. Not only has she just unveiled her hugely anticipated fifth studio album 'Storyteller', but she's also announced a mega 40 date tour across North America for 2016 in addition to the festival dates already revealed. 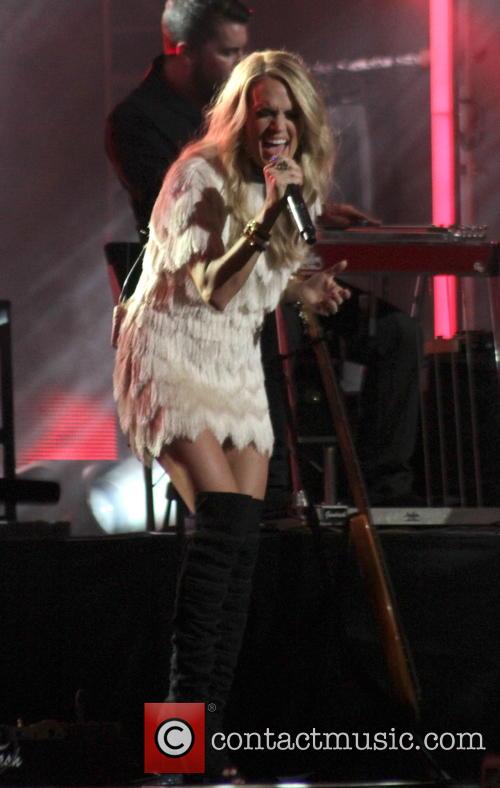 Carrie Underwood is about to hit the road again

From January 30th, the Grammy winning country star will be travelling all over the US and Canada for her first 360-degree set of performances i.e. whereby the stage will be placed in the middle of the audience. She'll be hitting some of the biggest arenas in North America with special guests including Mercury Nashville signee Easton Corbin and 'The Voice' finalists the Swon Brothers.

Overseas fans will also get the chance to see her as she joins the bill for Country To Country 2016 in March, with consecutive shows in Glasgow and London in the UK and Dublin in Ireland. Further festival dates include California's Stagecoach festival and the ACM Party For A Cause Festival in Las Vegas in April.

Everyone who purchases the new album will even get early access to the upcoming ticket sale; and it certainly is worth buying. Produced by Mark Bright (Rascal Flatts), Zach Crowell (Sam Hunt) and Jay Joyce (Little Big Town), the album underwent the recording process in 2014, though was briefly interrupted by the birth of Underwood's first child - Isaiah Michael Fisher. The first single released from the record was 'Smoke Break'.

More: Watch the behind the scenes video for 'Smoke Break'

She's not taking a break though, with several dates coming up to end the year including the CMA Awards, the Project Runway Finale, the American Music Awards, the 'Sinatra 100' concert in Vegas and Belk Bowl 2015 in December. Plus, one dollar per ticket sale for her 'Storyteller' tour will go to her educational charity, C.A.T.S Foundation.

Tickets will be available for the general public on November 6th 2015.