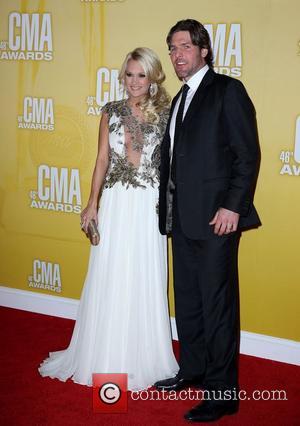 The Before He Cheats hitmaker sat down for an interview on U.S. talk show Late Night With Jimmy Fallon to promote her new album Blown Away, and to add a little fun to the segment, she dressed up in head-to-toe denim for a special skit with the host.

The pair hit the stage and performed N.W.A. classic Straight Outta Compton with a country twist, as well as Snoop Dogg's Nuthin' but a G Thang and The Humpty Dance by Digital Underground.

As part of the comedy piece, Underwood and Fallon branded their music "crap", an abbreviated term for the fake genre country rap, and used their first names to come up with the collective moniker Jim Carrie, a tribute to Yes Man actor Jim Carrey.