Carrie Underwood manages to fit in a workout while minding her five-month-old son Isaiah. 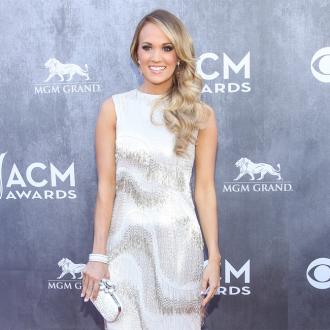 Carrie Underwood works out with her five-month-old son.

The 32-year-old country singer snapped back into shape quickly after giving birth to Isaiah - her first child with husband Mike Fisher - and she has revealed that one of her secrets is fitting in some exercise while looking after the tot.

Posting some pictures on Instagram which showed her jogging with her stroller and doing pull ups on the monkey bars in a park, Carrie wrote: ''Sometimes you have to work your baby into your workout...but that's ok because the world is your playground! #MonkeyBars #WorkoutAnywhere @caliabycarrie #StayThePath.''

Shortly before giving birth, the 'Blown Away' hitmaker, who married Mike in 2010, admitted she was looking forward to getting her body back.

She added: ''The whole process itself [has been] really beautiful. Even when I feel pretty large, it really is such a miracle and such a beautiful thing.''