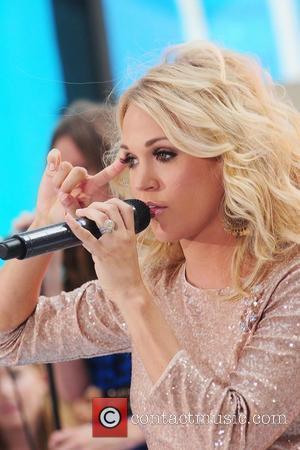 Singer Carrie Underwood has opened up about her hockey star husband Mike Fisher's romantic proposal, revealing he popped the question in the middle of a snow-covered forest just before Christmas.

The American Idol champion and the Nashville Predators sportsman became engaged in 2009 and Fisher made sure the moment was extra special by flying the country star to his hometown in Canada for the holidays.

The couple went for a quiet walk through the woods and that's when the athlete got down on one knee and presented her with a diamond ring.

She recalls, "It was just a really sweet moment. He said my full name, 'Carrie Marie Underwood, will you marry me?' (He) got down on his knee, like every man should. And I tackled him in the snow. I forgot to even look at the ring, like, I wasn't even paying attention."

The deeply-religious pair then took a moment to pray for a future filled with happiness.

She adds, "After that we prayed together. We were both so excited and we just wanted God to watch over us, and our plans, and our marriage, and whatever might happen from that day forward."