Carrie Underwood has beaten Kelly Clarkson to the title of top-earning 'American Idol' alumni of 2013, according Forbes magazine. 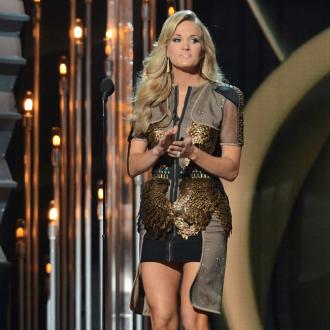 Carrie Underwood has been named the top-earning 'American Idol' alumni.

The country music star and 2005 winner topped Forbes magazine's annual list thanks to her staggering $31 million income over the last year, with a sell-out tour, albums and beauty deals under her belt.

Kelly Clarkson, the first ever 'Idol' winner, came in second place with $7 million with the earnings of two albums and concerts, each scoring her quarter of a million dollars.

The third spot on the list is a surprise tie between season 8 winner Adam Lambert, who landed a guest role on 'Glee', and 2012 winner Phillip Phillips, with $5 million each.

The lesser-known Phillips' winner's single 'Home' fared better than any in the show's history, shifting over 4 million copies.

Chris Daughtry was third with $4 million thanks to performing over 80 shows with his eponymous rock band.

Baby-faced country singer Scott Mccreery ranked sixth with earnings of $3 million, while season 5 winner Taylor Hicks - who is the only 'Idol' alumni with a Las Vegas-residency - came seventh.