Carrie Underwood: 'My Marriage Is Not Normal'

Carrie Underwood understands her relationship to husband Mike Fisher is ''not normal'' because they have to cope with the difficulties her career causes. 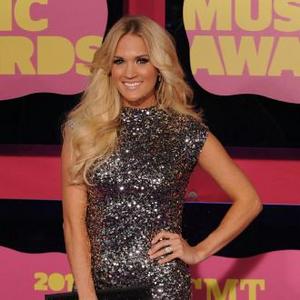 Carrie Underwood knows her relationship with husband Mike Fisher is ''not normal''.

The country singer - who wed ice Hockey player Mike in July 2010 - admits they ''have their moments'' as a couple because of her busy work schedule but they always manage to work things out eventually.

She exclusively told BANG Showbiz: ''He'll probably try for the rest of his life to really understand it. It's still a life to be honest, it's just the life that I lead. I know it's not normal, so we both have our moments when we have to try and figure things out.''

Carrie considers herself a ''strong female'' because of her upbringing but would not say she is a ''feminist''.

She added: ''I wouldn't go so far as to say I am a feminist, that can come off as a negative connotation. But I am a strong female. My parents raised me to be pretty independent and I grew up - I have sisters but they're a lot older than me - an only child. I feel like that contributes to how I handle myself and how I carry myself.''

The 29-year-old beauty - who is making a personal appearance at the HMV store in Oxford Street, London, on Tuesday night (19.06.12) - can even do traditionally more manly jobs around the house.

She added: ''I fixed a washing machine a couple of days ago - so when I need to be I can be Miss Fix It!''

Carrie is performing at the Royal Albert Hall in London on June 21.