Carrie Underwood says her favourite artist at the moment is Sam Smith because he is a ''true singer'' and she loves his ''no frills'' live shows. 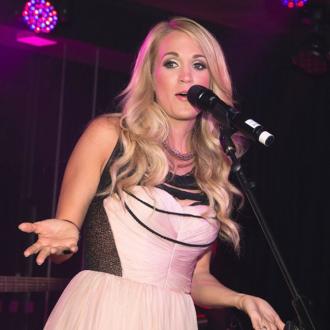 Carrie Underwood says Sam Smith is her favourite artist at the moment because he is a ''true singer''.

The country superstar is a huge fan of the multiple Grammy Award winner and his debut album 'In the Lonely Hour' as she respects his ''great voice'' and ''no frills'' approach to live performances.

Speaking to BANG Showbiz at an exclusive gig at The Edition Hotel in London - at which she performed her latest single 'Smoke Break' - on Tuesday night (22.09.15), Carrie said: ''I love Sam Smith. I think he is somebody that everybody is liking right now, he's the most original voice around. He has a great voice and I appreciate true singers, I appreciate his no frills approach, it's just him he has nothing going on up there on the stage, he's just a good vocalist and I really appreciate that.''

Carrie took a different path to chart success than Sam as she was discovered in 2005 on TV talent show 'American Idol' on which she was crowned the winner.

The 'Cowboy Casanova' hitmaker was backed by Simon Cowell from the start to win and his support meant a lot to her.

And Carrie - who has six-month-old son Isaiah with her husband Mike Fisher - has stayed in contact with the music mogul for the past decade.

She revealed: ''I haven't seen him in a while but we have kept in touch.

''I think Simon will be proud of me and what I've achieved. He was a supporter of mine from very early on, his support helped me on every step of when I was on the show.''

Carrie doesn't accept criticism of Simon that he's now too old to keep making talent shows like 'The X Factor' in the UK.

Carrie, 32, is releasing her fifth studio album 'Storyteller' on October 23 and has also announced three headline performances at Country to Country 2016 in the UK.