Carrie Underwood Coming To The UK 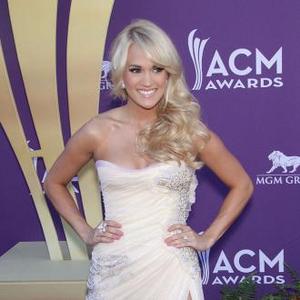 Carrie Underwood is set to make her UK live debut in June.

The former 'American Idol' winner will perform in London as part of her 'Blown Away' world tour, in support of the album of the same name, her first official release in the UK, on June 18.

Carrie - who has sold over 14 million albums in her career - is looking forward to coming to England because many artists from the country have influenced her.

She said: ''It's been a long time coming to head over to London to perform for my UK fans. I'm so excited. It's the home of some of my musical influences. I love George Michael, Annie Lennox, The Rolling Stones, and of course, Adele. I want to do that tradition proud.

''There are so many great British artists doing well in the US at the moment; I want to show the UK another side of America.''

Carrie also talked about crafting 'Blown Away', which she feels is her most accomplished album to date.

She added: ''We worked really hard and the end result is a wonderful collection of diverse material. The album sounds bigger and more epic, expanding even more than my previous albums.''

Carrie Underwood will appear at the Royal Albert Hall on June 21. Tickets are available from 27th April.