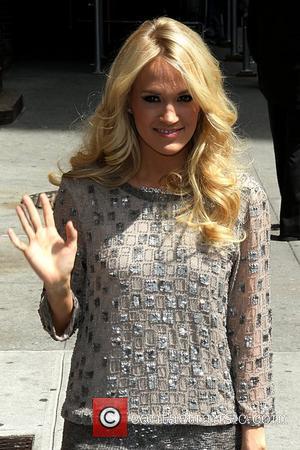 As her latest album 'Blown Away' hits the shelves, Carrie Underwood has spoken to Usa Today about life after American Idol (which she won in 2005), from her backstage room at the Grand Ole Opry. "I wish that previous Idols had come and said 'hello' to us when I was on the show," explains Underwood. "I feel like back then, I dunno, people would try to stay away from an association with the show, after they had got off of it."
Carrie has never shied away from the path that she took to fame, and she has managed to maintain a credible career, off the back of her talent show win. "I feel like now, American Idol is more about the talent than it really as ever been before. This year, they didn't do as many 'bad' auditions. And they've ended up with this insane, I mean, really, the talent. is crazy good." Talking about her new album, she says that she's trying to "step it up. I didn't want it to look or sound or feel like any of the other albums."
Reviews for 'Blown Away' have noted that the album's not necessarily as dark as Underwood had suggested it might be, despite the gothic imagery on the cover. "Her voice is best suited for the sentimental stuff," says the Washington Post, comparing some of the tracks to Taylor Swift and Paramore. Usa Today's own review of the album suggests that Underwood still needs to push herself and "at 29, Underwood still has a lot of growing to do."