Country Star Carrie Underwood Has Baby-proofed Her Tour Bus So She Can Take Her Young Son On The Road With Her. 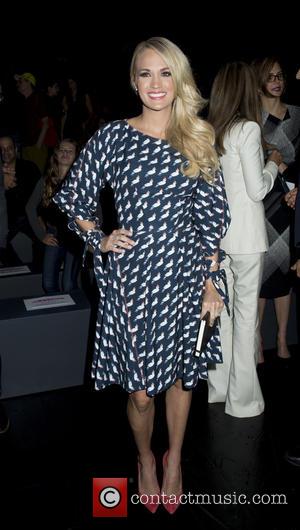 The Before He Cheats singer does not want to leave baby Isaiah at home when she next heads out on tour.

So she has redesigned the interior of her tour bus to make it suitable for an infant.

Carrie has made sure all the cupboards have locks on the doors and the bus now has a special crib for the eight-month old tot.

"We have a tour bus that's outfitted for a baby," she tells the London Evening Standard newspaper. "It has locks put on all the cupboards, a crib and everything. We've been taking it out... to give it a trial before we take it on tour... (It is) do-able.

"I can think of so many male artists who do go on tour and they leave their families behind."

Carrie acknowledges having her son on the tour bus will mean extra chores for her, but she is determined to make it work.

"Not only do I have to worry about picking up my show clothes, but I also have to pack Isaiah's bags," she adds. "Then I have to feed him and everything else - it presents its own set of problems. But he is my number one priority."

Carrie welcomed the little boy in February (15). He is her first child with her ice hockey player husband Mike Fisher.

She adds of becoming a mother, "I think I've been doing a pretty good job so far. Isaiah is amazing. I was never really a baby person, but he is so special."