'Big Morning Buzz Live' host Carrie Keagan turned heads with her flawlessly sleek blonde bob and navy blue mini-dress at the Macy's Passport 'Glamorama' charity fashion event held at the Orpheum in Los Angeles. At one point, an assistant briefly goes over to her on the red carpet to adjust the strap on her gown.

Carrie also hosts her own show 'Up Close with Carrie Keagan' which made its debut in 2007 and has seen more than 700 episodes. She has also acted in various movies including 'The Trouble with Terkel' and 'A Modern Family Christmas'.

Jack Black Is Joined By Gene... 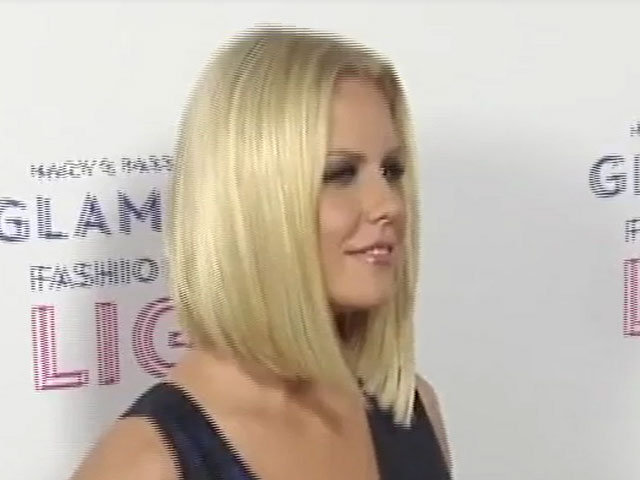