Fisher: 'I Didn't Know Who I Was After Six Days Of Insomnia' 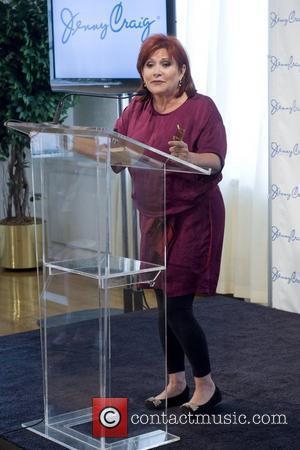 Actress Carrie Fisher's mental health hit an all-time low when she no longer knew who she was after a six-day bout of insomnia 15 years ago.
The Star Wars icon was admitted to a psychiatric hospital after the breakdown, which was sparked by an allergic reaction to medication she was taking for depression, and she admits she signed in as 'Shame' with her left hand because she no longer realised she was right-handed.
She says, "I'd stayed awake for six days and... it isn't possible. I was allergic to a medication so what they did was, to find out what medication it was, they took me off everything and I said to them, 'I won't sleep...' And they said, 'No one ever died from losing one night's sleep.'
"Six night's later, I'm still awake. I thought everything on TV was about me, which makes hard programming... and I also was getting secret messages from the movie The Young Lions... I was so gone.
"My shrink came at one point and I told her that I didn't know if I believed in reincarnation, but if there was such a thing I was hoping to come back as her shrink. I told her that I had light coming out of my head... I didn't know what was happening."
Fisher admits she was relieved when she eventually arrived at the mental hospital: "When you're in a mental hospital, it's kind of OK - because it can't get any worse."
The actress made the confession during an appearance on the Oprah Winfrey Show on Tuesday (15Feb11).