Carrie Fisher on 'Star Wars: Episode VII': "They Hired Me Minus 35 Pounds"

Princess Leia revealed what Disney wanted from her

Tom Hanks, Matthew McConaughey and Christian Bale have all shed pounds in a dangerously small amount of time in the name of art. But you rarely hear of women doing the same thing for a role, probably because they’d be accused of having bulimia or anorexia. 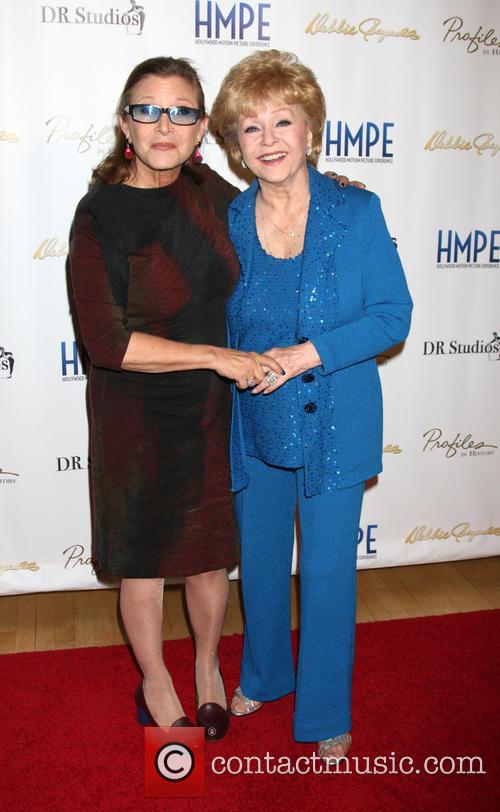 When Carrie Fisher played Princes Leia back in the 70s and 80s she became a sex symbol because of a certain golden slave bikini. And, despite reprising her role over four decades later, it has been revealed that she was cast on the proviso that she shed 35 pounds.

"They didn't hire me, they hired me minus 35 pounds," she said on Wednesday night while with her mother, Debbie, to support her memorabilia auctions. “She’s been on a diet ever since [she was cast in the film], because you know they have to be up to par, so she looks terrific,” her mother explained to Mario Lopez on Extra last week, according to The Daily Mail. "She's very excited, as we all are, because we all love Star Wars."

And over than a year ago – at the Calgary Comic Expo in Canada - she told fans the studio had hired a trainer for her. "I'm glad they are doing a new movie because they are sending a trainer to my house so I can get in really good shape. So I'm really eating a lot of sugar in advance, as you can see. By the time I really get down to it I will have eaten everything."

Filming for Star Wars: Episode VII – which is being directed by J.J Abrams and also sees Harrison Ford and Mark Hamill return to the roles that made them famous back with the original trilogy – kicked off yesterday with a Tweet from Abrams with a picture of a specially branded clapper board attached.