'Star Wars' actress Carrie Fisher is to write a book about the sci-fi franchise. 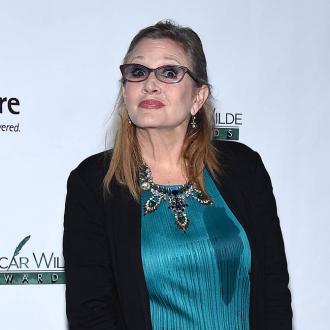 Carrie Fisher is to write a book about 'Star Wars'.

The 58-year-old actress - who starred as Princess Leia in the original trilogy - has kept detailed notes of her on-set experiences and is set to transform them into a book.

A source explained: ''Carrie kept diaries throughout the filming and has a note of everything.

''Now she's making her memoirs into a book about 'Star Wars', movie execs want her to write a satirical, raunchy script about what making 'Star Wars' was really like.''

Carrie had several on-set bust-ups with 'Star Wars' creator George Lucas over his desire for her to wear a bra under her costume, and such stories are thought to be perfect for the new book.

The source told The Sun newspaper: ''They think it could be really funny, as nobody would expect it to have been so wild between cast and crew.

''Carrie's written scripts before, so as soon as she hands it over they'll option it to studios, with Disney and Lucasfilm getting first read.''

Carrie is set to reprise the role of Princess Leia in 'Star Wars: The Force Awakens', which will open in December.