Carrie Fisher has revealed that she wants to reprise her character of Princess Leia in 'Star Wars: Episode VII' as she thinks becoming a Disney princess would be ''fantastic''. 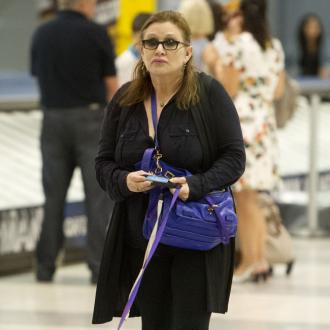 The actress - who played Princess Leia in the original three series from 1977 to 1983 - says she would reprise her role if asked to by Disney, who are currently developing the sequel.

When asked by TMZ.com if she would accept the opportunity again, she replied: ''Yes. Sure. Wouldn't you?''

Carrie, 56, also described the prospect of becoming a Disney princess as ''fantastic'', adding that it ''made [her] day''.

Although there are no cast details confirmed for the new film since it was announced last week Disney have bought LucasFilm from George Lucas for an estimated $4 billion, a source has suggested that Mark Hamill and Harrison Ford - who played Luke and Han Solo in the first three films - are also keen to return to the next part of the franchise.

The source said: ''Harrison is open to the idea of doing the movie and he's upbeat about it, all three of them [Ford, Mark Hamill and Carrie Fisher] are.''