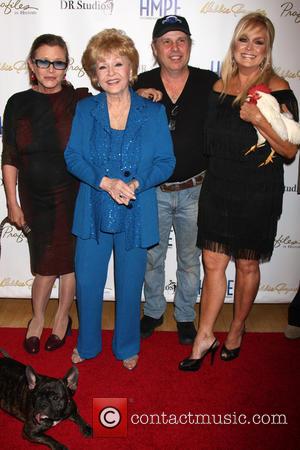 Actress Carrie Fisher has reportedly lost 35 pounds (15.8 kilograms) so she will look her best as Princess Leia in the new Star Wars movie.

The veteran, who was a teenager when she first played Leia in the original Star Wars trilogy, will join former castmates Mark Hamill and Harrison Ford in J.J. Abrams' Episode Vii, which recently started shooting in London, and she's going all out to slim down for the role.

A source tells Closer magazine, "She eats five small meals a day. There was a deal struck. No hard sugar at all for nine months. In exchange, she could have two drinks a night.