Dame Elizabeth Taylor's one-time stepdaughter Carrie Fisher has described her as a ''remarkable woman'' who will ''never be forgotten''. 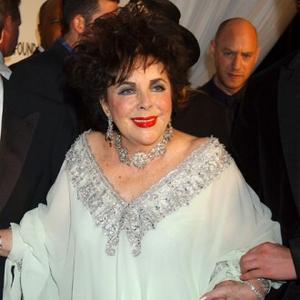 Carrie Fisher has paid tribute to the late Dame Elizabeth Taylor, proclaiming she will "never be forgotten".

The 'Star Wars' actress - whose father Eddie Fisher left her mother Debbie Reynolds in 1959 to marry Elizabeth, before divorcing her four years later - highlighted her work for HIV and AIDS charities and admits she is "grateful" to the screen legend, who died yesterday (23.03.11) from congestive heart failure.

In a statement released to E!, she said: "This was a remarkable woman who led her life to the fullest rather than complacently following one around. She will be missed but never forgotten.

"A devoted mother many times over and even very briefly a stepmother to my brother Todd and myself, loyal to the lifelong friends surrounding her - even with all this she found time to become one of the earliest champions for those living with HIV.

"If my father had to divorce my mother for anyone - I'm so grateful that it was Elizabeth. A woman who rarely did things in half measure."

She also highlighted Elizabeth's incredible film career, insisting she was responsible for some the big screen's "most memorable performances".

She added: "Elizabeth lived her life to the fullest, whether by loving to the fullest or while also giving us some of the most memorable performances ever on film."

Carrie's mother Debbie has revealed she was able to have one last conversation with former love rival Elizabeth before she died in the early hours of Wednesday morning.

Recalling her last chat with the actress, Debbie told 'Access Hollywood': "I said, 'Getting old is really s**t,' and she said, 'It certainly is. It certainly is, Debbie. This is really tough.'

"I said, 'Well, you just hang in there now, Elizabeth,' and she said, 'I'm really trying.'

"God bless her, she's on to a better place. I'm happy that she's out of her pain because she was in a lot of pain."

Elizabeth - who was married eight times to seven different men - is also survived by 10 grandchildren and four great-grandchildren.