She's one of a handful of posthumous nominations this year.

Hidden amongst all the main Grammy nominations is a nod to the late 'Star Wars' star Carrie Fisher, who could be looking at her first music award for her spoken word album 'The Princess Diarist'. She's not the only posthumous nomination either, as at least three other late celebraties are named in other categories. 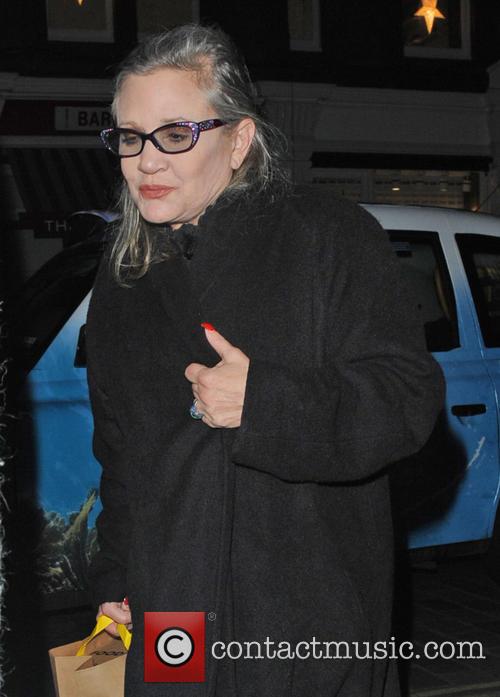 Gone but never forgotten, Carrie Fisher - who died at the age of 60 from a cardiac arrest last year - released her first memoir the month before her death entitled 'The Princess Diarist', exploring her time playing Princess Leia on the 'Star Wars' series and even detailing her alleged affair with co-star Harrison Ford. It was nominated for the Hugo Award for Best Related Work, but is now looking at Best Spoken Word Album at the 2018 Grammys.

The category includes poetry, audio tapes and storytelling, and her album is up against 'Astrophysics For People In A Hurry' by Neil Degrasse Tyson, 'Born To Run' by Bruce Springsteen, 'Confessions Of A Serial Songwriter' by Shelly Peiken and 'Our Revolution: A Future to Believe In (Bernie Sanders) by Bernie Sanders and Mark Ruffalo.

Meanwhile, Leonard Cohen - who died in November 2016 - is vying with Foo Fighters, Kaleo and Nothing More for the Best Rock Performance prize, which recognises his recording of 'You Want It Darker', the title track from his final studio album. Chris Cornell is up for the same award for his song 'The Promise', taken from soundtrack of the historical film of the same name starring Christian Bale and Oscar Isaac.

More: Jay-Z and Kendrick Lamar are nominated for the upcoming Grammy Awards

Leonard Cohen also sees competition from country star Glen Campbell - who died in August this year - for Best American Roots Performance for 'Steer Your Way' from 'You Want It Darker' and 'Arkansas Farmboy' from the album 'Adiós' respectively. Also nominated in the category are Alabama Shakes, Blind Boys Of Alabama and Alison Krauss.