Carrie Fisher has hinted that she will reprise her role as Princess Leia in 'Star Wars: Episode VII' after admitting that she would like to wear her original costume. 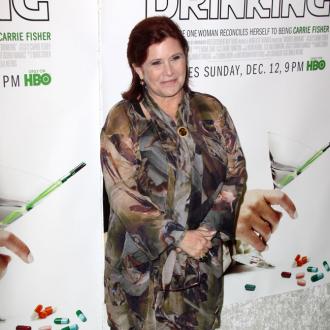 Carrie Fisher has hinted she will return to 'Stars Wars: Episode VII'.

The 57-year-old actress appears to have confirmed she will reprise her role as Princess Leia alongside original cast members Mark Hamill and Harrison Ford in the space opera franchise.

Fisher said that filming is expected to kick off in March or April and she is keen to wear her signature style again.

Speaking to TV Guide, she said: ''I'd like to wear my old [cinnamon buns] hairstyle again - but with white hair. I think that would be funny.''

Rumours have been circulating over the last year about who the cast will involve and it is believed Michael Fassbender, Michael B Jordan, Saoirse Ronan, Jesse Plemons, Adam Driver and Hugo Weaving may also be in negotiations for a role.

J.J. Abrams is yet to confirm any members of the cast, but recently admitted that the script he'd been penning with screenwriter Lawrence Kasdan has been completed.

He said previously: ''We're working really hard and we've got our script and we're in deep prep. We're full steam ahead.''