Harry Styles Forced By Management To Split With Caroline Flack 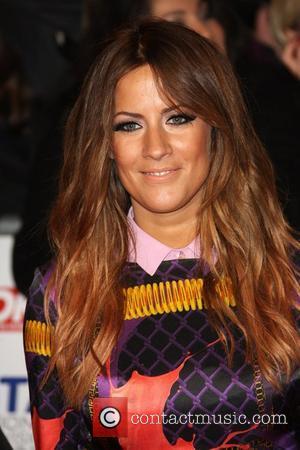 A source has told Now magazine that HARRY STYLES was forced to end his relationship with Caroline Flack by One Direction's management, over fears that it could damage their chances of success in America if he continued dating the 32 year old TV presenter. It's HARRY STYLES 18th birthday today and just last week confirmed via his Twitter feed that he had split with his girlfriend, stating that the decision was mutual and that he had not dumped her.
The source quoted in Now magazine told reporters that Simon Cowell may even have been involved in the relationship break-up, saying "They were introduced via his people, but they weren't happy when the romance took off." One Direction are about to embark on a tour of the United States, with the Nickelodeon group Big Time Rush and another source apparently suggested that Flack & Styles' relationship "could damage (the band's) reputation before they'd even got started."
HARRY STYLES is, apparently, being touted as the group's 'frontman.' It is reported that their record company executives are expecting big things from One Direction in America and are developing Harry as the leader of the group. "Columbia music execs are rubbing their hands with glee. It looks like One Direction are going to be absolutely massive in America. They decided long ago that Harry is a natural front-man. He's funny, confident and has a great voice."