Caroline Flack has admitted that she and Prince Harry got close after meeting through a mutual friend but called off their relationship after it was made public. 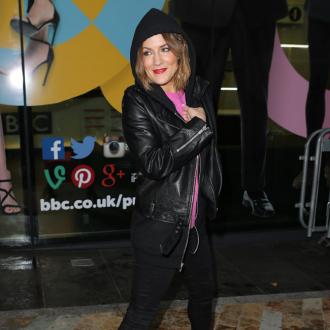 Caroline Flack had a brief romance with Prince Harry.

The UK 'X Factor' presenter - who previously dated One Direction's Harry Styles - revealed that she and the royal got close after meeting through a mutual friend, however they called off their relationship after it was made public.

In her new autobiography, 'Storm in a C Cup', serialised in The Sun newspaper, Caroline said: ''I knew my friend was friends with Prince Harry, and I'd never met him, so I thought, 'Oh, that's quite exciting,' and for a moment I perked up. So I was just sitting there and he arrived with a few others in tow and we all spent the evening chatting and laughing.

''[But] once the story got out, that was it. We had to stop seeing each other. I was no longer Caroline Flack, TV presenter, I was Caroline Flack, Prince Harry's bit of rough.''

Caroline, 35, also spoke about her romance with One Direction's Harry and the abuse she received when, aged 31, she started dating the 17-year-old singer.

Caroline said: ''It began to go wrong when Harry was pictured coming out of my house one morning. And once that was out, it was open season.

''After that anyone could say anything. In the street people started shouting at me 'paedophile' and 'pervert'. A One Direction fanzine had me as a voodoo doll, with arrows (pins) pointing to bits of my anatomy.''