Aherne was best known for her role in ‘The Royale Family’ and her Mrs Merton character.

Comedian and actress Caroline Aherne has died aged 52, her publicist has confirmed. The BAFTA award winner had been battling cancer for years and in April 2014 revealed she was receiving treatment for lung cancer. Aherne wrote and starred in 'The Royle Family'

In a statement Aherne’s publicist Neil Reading said: "Caroline Aherne has sadly passed away, after a brave battle with cancer. The Bafta award-winning writer and comedy actor died earlier today at her home in Timperley, Greater Manchester. She was 52. The family ask for privacy at this very sad time.”

Born in London, Aherne was raised by Irish parents in Manchester with her brother Mark. Both Aherne and Mark battled retinoblastoma, a rare form of cancer in the eye, during childhood, which left her partially sighted in one eye.

Aherne started her career on the Manchester comedy circuit where she first developed her Mrs Merton character. In 1994 she started appearing on ‘The Fast Show’, where she also served on the writing team and created characters such as Chanel 9 Neus meteorologist Poula Fisch, whose catchphrase was ‘Scorchio!’.

Aherne gained greater recognition in 1994, when her creation Mrs Merton was given her own mock talk show ‘The Mrs Merton Show’. The series is widely remembered for the time wife of magician Paul Daniels, Debbie McGee, was interviewed and Merton asked her: “So, what first attracted you to the millionaire Paul Daniels?”

Alongside Craig Cash Aherne wrote and starred in sitcom ‘The Royle Family’, which ran for three series from 1998 to 2000 and spawned four Christmas specials, the last being in 2012. Since 2013 Aherne had been narrating Channel 4 series ‘Gogglebox’, with Cash filling in when she was unavailable. 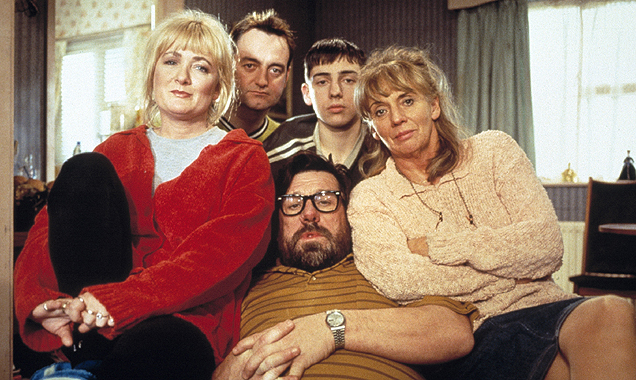