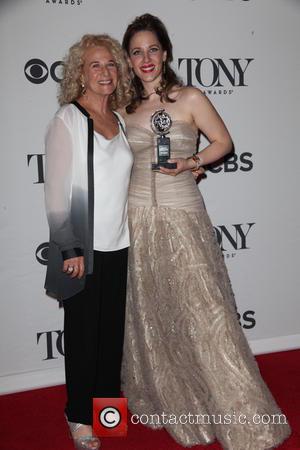 Carole King's ex-husband and former songwriting partner Gerry Goffin has died at the age of 75.

The lyricist passed away early on Thursday (19Jun14) at his home in Los Angeles.

Goffin and King became a songwriting powerhouse in the 1960s, penning hits such as Will You Love Me Tomorrow, (You Make Me Feel Like) A Natural Woman, The Loco-Motion and Up on the Roof.

Paying tribute to her former partner, King writes, "Gerry was a good man with a dynamic force, whose words and creative influence will resonate for generations to come.

"His legacy to me is our two daughters, four grandchildren, and our songs that have touched millions and millions of people, as well as a lifelong friendship."