Goffin, who is responsible for some of the most enduring hits of the 1950s and 60s, died peacefully at his home.

Gerry Goffin, the lyricist behind some of Carole King’s most unforgettable hits, has died at age 75. Goffin is best known for hit songs like (You Make Me Feel Like) A Natural Woman, sung by Aretha Franklin, Take Good Care of My Baby, made famous by Bobby Vee, and The Drifters’ Up on the Roof.

Songwriter Gerry Goffin, who penned The Loco-Motion, Will You Love Me Tomorrow & A Natural Woman, has died aged 75 pic.twitter.com/8lEVFEOaIk

Goffin’s death was announced by his wife, Michelle Goffin. Mrs Goffin said that her husband had died at home of natural causes, according to the LA Times. Probably the best known song produced by the Goffin-King duet was Will You Love Me Tomorrow.

King initially composed the melody for her girl group The Shirelles and asked Goffin to come up with lyrics for it.

"Will You Love Me Tomorrow," which hit the top of the charts in January 1961, showcased Goffin's sensitivity as a lyricist, a trait that would resonate in many of the duo's best songs.

Listen to Will You Still Love Me Tomorrow below.

"His words expressed what so many people were feeling but didn't know how to say," said King in a statement Thursday.

Goffin was born on Feb. 11, 1939, in Brooklyn, N.Y., and he had been writing lyrics since his early childhood. He met King at Queens College, which he was attending as a chemistry student. The two quickly struck up a creative partnership, which quickly evolved into a relationship.

"Eventually it came to be a boy-and-girl relationship," Goffin recalled in a 2001 interview with Vanity Fair. "Eventually I began to lose heart in my play, and we stuck to writing rock 'n' roll."

They went on to write more than 50 Top 40 hits and are widely considered to be one of the most productive creative duos in American music history. Their creative partnership evolved ad flourished throughout the 50s and 60s. However, Goffin's struggle with mental health problems and his abuse of hallucinogens put a lot of strain on the marriage. At one point, King made the difficult decision to have him treated with electroshock therapy. After more trouble, including Goffin's cheating, which resulted in a child born in 1964, the couple put an end to the marriage in 1968. 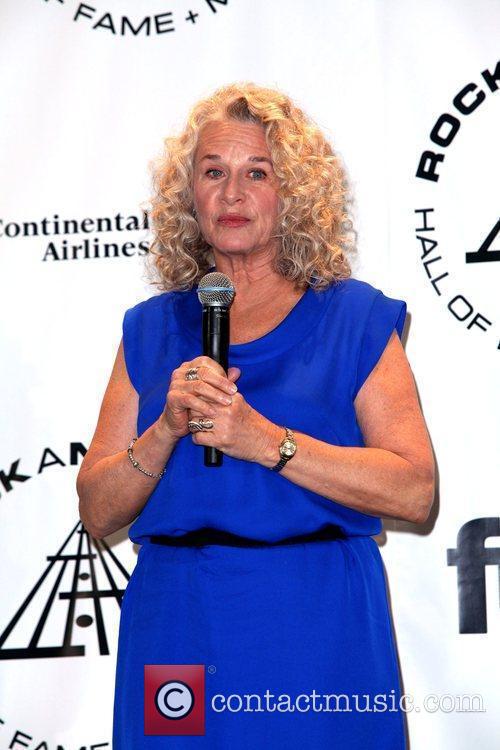 King retold the details of her troubling relationship with Goffin in her memoir, A Natural Woman.