Carole King gets a Broadway musical in her honor

Carole King’s life will be documented in musical format as Beautiful: The Carole King Musical gets Broadway date. The show will hit theatres in Spring 2014, according to The Hollywood reporter.

The bio-musical will feature songs written by King, Gerry Goffin, Barry Mann and Cynthia Weil, and will be written by screenwriter Douglas McGrath – who was nominated for an Oscar for his script for 1994's Bullets Over Broadway. “What's so great about this for me is that musicals were a major influence on my songwriting," said King in a statement. "In fact, when Gerry and I first met, we made a bargain that I would write music for the Broadway show he wanted to write if he wrote lyrics for my rock 'n roll songs. The songs took off, and the show idea never came to fruition. Now that our songs have merged with a Broadway show, we've come full circle." The production is currently working out a pre-Broadway, out-of-town tryout engagement this fall. 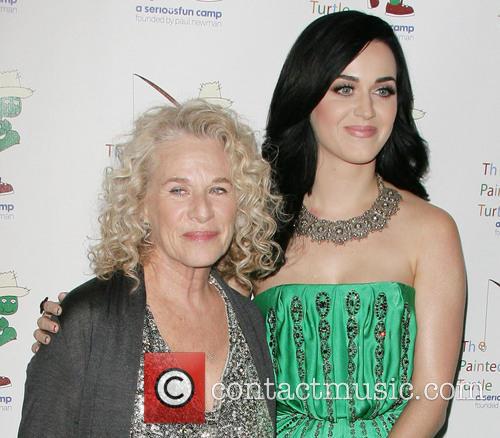 Ms. King’s hits read like an anthology of how to write songs. They include Little Eva’s Loco-Motion, Aretha Franklin’s (You Make Me Feel Like) A Natural Woman, James Taylor’s You’ve Got a Friend, and on top of that she recorded 25 albums of her own. She has won four Grammy Awards and was inducted into the Songwriters Hall of Fame and the Rock and Roll Hall of Fame. Her album Tapestry held the record for most weeks at #1 by a female artist for more than 20 years.