Comedienne Carol Burnett Is To Be Honoured With The 2015 Screen Actors Guild Life Achievement Award. 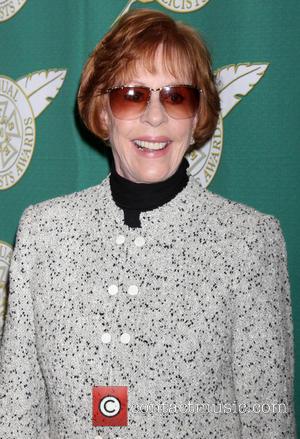 The beloved TV star will be handed her latest accolade at the 22nd annual SAG Awards in January (16).

Burnett is also a multiple Emmy Award winner, the recipient of a special Tony Award and an owner of the Presidential Medal of Freedom, a Kennedy Center Honor, and the Mark Twain Prize for Humor.

Announcing her latest award on Monday (20Jul15), SAG-AFTRA president Ken Howard says, "Carol Burnett is a creative dynamo and a comedic genius. She embodies the generosity and courage that the greatest actors use in creating enduring and memorable characters.

"Carol has delighted and inspired millions of viewers and thousands of comedic actors. She took risks as a performer and through her courage, encouraged fellow actors to try new things and always, always reach for the sky."