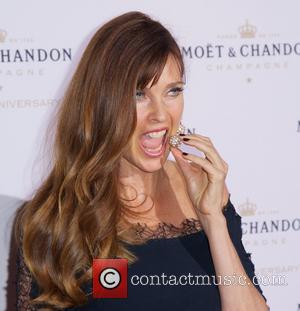 Supermodel Carol Alt is taking her healthy eating tips to the masses in a new U.S. show.

The brunette beauty has followed a strict fitness regime and is an advocate for a raw food diet, which she insists keeps her looking youthful at 52.

She has been signed up by executives at America's Fox network to front new series The Healthy You, which will look at alternative ways to stay in shape.

"I'm a woman, I'm getting older. We can't deny that stuff. I just want to make it easier and healthier for other women to do the same thing. We're doing a show on enzyme cures for cancer, the debate on vaccinations, coffee... mistakes people make in yoga... I try everything, so everything has been tried on me."

The show is currently in production and will debut in the U.S. on 7 September (13).